What is a Mantra? A sound, syllable, word, or group of words that is considered capable of “creating transformation.” The Sanskrit word mantra consists of the root man- “to think” (also in manas “mind”) and the suffix -tra, meaning “tools or instruments”, hence a literal translation would be “instrument of thought”.

What is Bija Mantra? Bija means seed. “The Bija mantras are one-syllable seed sounds that, when said aloud, activate the energy of the chakras in order to purify & balance the mind & body. When you speak the bija mantras, you resonate with the energy of the associated chakra, helping you focus upon your own instinctive awareness of your body & its needs.”-DailyOM

What is a chakra? In Sanskrit, chakra translates into “wheel”. These “wheels” can be thought of as vortexes that both receive & radiate energy. There are 7 major energy centers (aka chakras) in the human body. They run from the base of the spine to the crown of the head. Emotions, physical health, & mental clarity affect how well each chakra can filter energy. This in turn dictates how pure the energy is that’s emitted from different regions of the body.

In traditional Hatha Yoga, the 7 cleansing bija mantras associated with the chakras are: 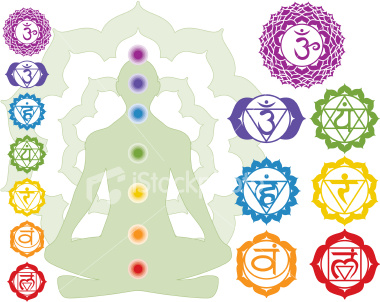 Chant the bija mantras, either one at a time or in sequences. Repetition can help you access a meditative state. Ready to add another layer? Try focusing on the different regions of the body associated with each syllable/chakra as you go through the bija mantras. TRY IT! Follow along with MC Yogi’s chakra beatbox video below. 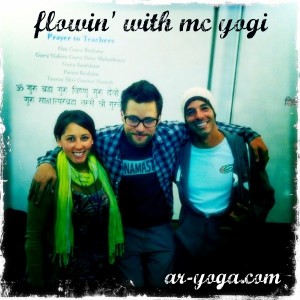 Chakra Beatbox off the Album Elephant Power by MC Yogi. MC Yogi grew up painting graffiti & listening to hip hop. Inspired by artists like The Beastie Boys & Run DMC, he began writing raps & freestyling for friends at house parties. Spending most of high school in a group home for at-risk youth, hip hop culture provided both a soundtrack & a creative outlet. Then at age eighteen, he discovered yoga. A full time yoga teacher & performing artist MC Yogi combines his knowledge of yoga with his love for hip hop music creating an exciting new sound that brings the wisdom of yoga to a whole new generation of modern mystics, truth seekers, and urban yogis. Recently got to take a Yoga class with MC Yogi in SF while on my Healthy, Yoga, Surf, Music Road trip up the California Coast, he’s a super dope cat- check out his musica!

Enjoy getting your meditation on & balancing your chakras with the Bija Mantras!