Being grounded is an issue that stems from the root (1st) chakra. Being grounded means you’re rooted in the “now” & thus your attention is focused on being in the present moment. When the upstairs chatter is going full throttle it’s very difficult to bring your awareness into the rest of the body. When jumping from thought to thought, there’s a natural tendency to disconnect & go off into lala land. Being in monkey mind mode makes it hard to bring your attention to the outward world, remain in the “now”, & focus on the task at hand. On an energetic level, being grounded allows you to draw from the earth’s slower energy in order to be connected in that sense. Connecting to a source, like the earth, that exudes calming energy quiets the mind, grounds you, & brings you back into balance.

You may be able to relate to connecting to the earth’s slow & calming energy if you’ve experienced the power of enjoying the great outdoors. Anytime I bike or run outside, surf, hike, or simply sit in nature it’s easier to clear my mind & come back to myself. I always sense a shift in my energy & well-being for the better. You can also feel grounded when you’re very familiar with something- you feel “at home.” Also,when you feel a rush from something you were doing & you state that it was because you were “in the zone” that can also translate as “all the outside chatter fell away, you were focused & grounded in the present moment.”

On the other hand, when your awareness floats off & you detach from your physical body it can result in being ungrounded. Being ungrounded (directing your energy upward into your head) can result in feeling forgetful or confused because you’re not directing your energy into the present moment. If you’ve ever felt “gone” or “spacey”, a friend, with good reason, may have had to remind you to “come back down to earth.” When you’re ungrounded you may find that you’re easily influenced to do things you normally wouldn’t do because you’re not “grounded in your beliefs” &/or you don’t “stand your ground.” Even being in unfamiliar territory (figuratively & physically) may make you take a step back so that you can get your bearings (your position in relation to other things) straight.

I, just like the average bear, am guilty of living in my head. I constantly need to remind myself to ground & stay focused. Below are grounding techniques…Read them, use them, share them, enjoy them :) 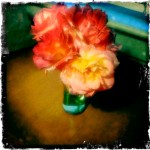 grounding through the senses 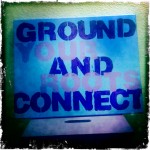 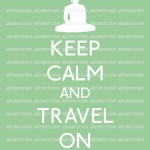